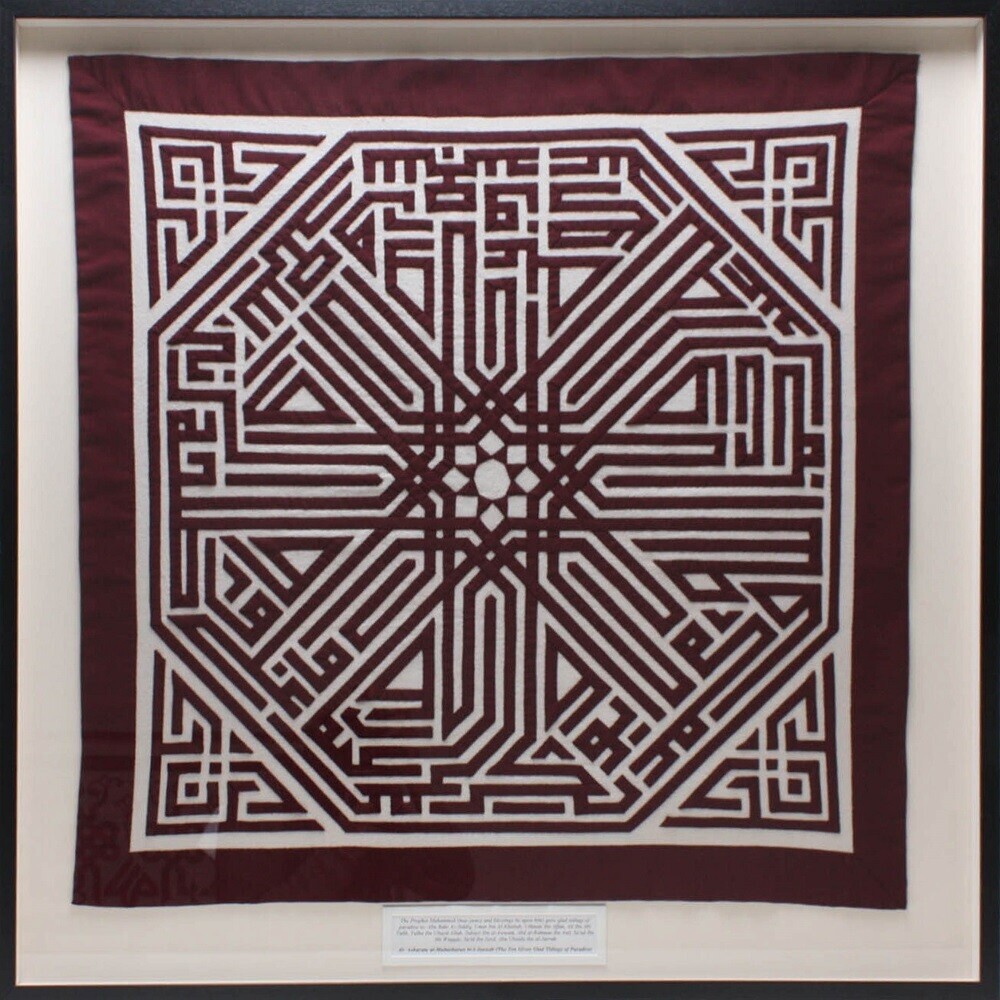 A Kufic Hand Stitched Egyptian Appliqué Textile Art showcasing the names of the 10 companions who were given the glad tidings of paradise.

Egypt is one of the Islamic world’s most fascinating places, for there are few locations where there is such a vivid juxtaposition of ancient history and contemporary culture and faith.

Needless to say, the culture, religion and architecture of the ancient Egyptians was all significantly different from that of the Arabic world, especially once Islam came to north Africa. Nonetheless, it would be inaccurate to say that the ancient world with its pyramids, mummies and hieroglyphics and the contemporary Islamic world occupy completely different spheres.

Art is one of the areas with significant crossover. Thanks to centuries of archaeology, we know a lot about what Egyptian art was like and this has in itself influenced a range of styles, including the popular early 20th century Art Deco style seen in the west. 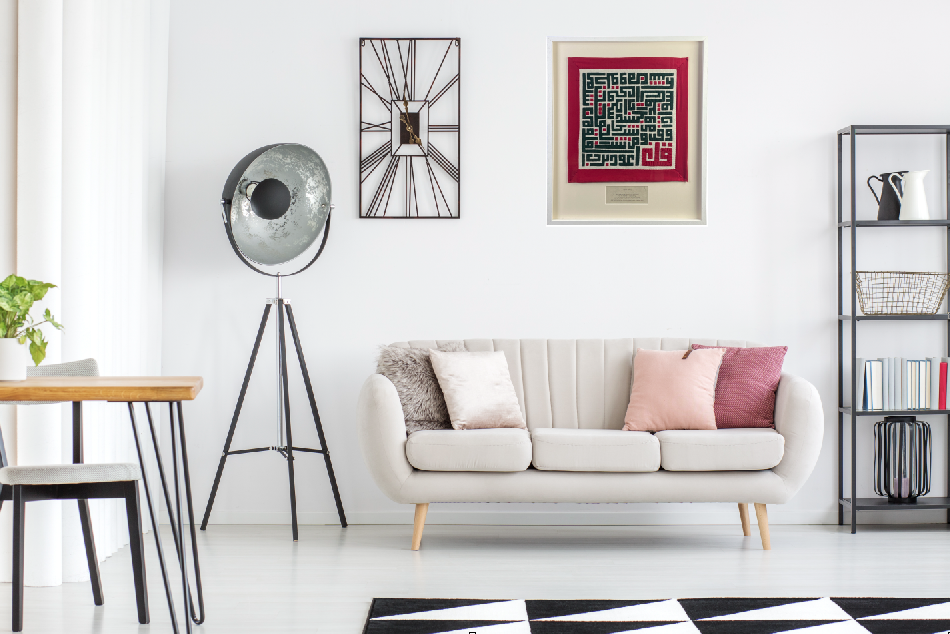 However, experts have also noted the way a mix of Egyptian, Coptic and Ottoman influences have given Islamic art in Egypt a distinctive aspect. According to art historian Ehman Ahmed of Helwan University in Cairo, these have all come together to provide a distinctively Egyptian flavour.

Among the examples Ahmed cites is Sabri Mansour, whose work ‘Egyptian hymns’ reflects on Islamic themes using traditional Egyptian and Coptic styles. He notes that Coptic art “stripped the forms to reach the core of the religious meaning as well as the logic of Islamic art, which creates a spiritual world from the work of the intangible”.

At the same time, Egypt is one of the foremost countries in the world in its reverence for, and concern for the preservation of, Islamic art. The Museum of Islamic Art in Cairo exemplifies this approach; its stated mission is to highlight the historic Islamic contribution to art and the sciences, and increase understanding of this across cultural boundaries.

Few countries are in as strong a position to appreciate divergent historic streams of cultural change and continuity as Egypt. For that reason, its’ beautiful contributions to Islamic art and heritage may be seen as some of the richest and most attractive in the world.