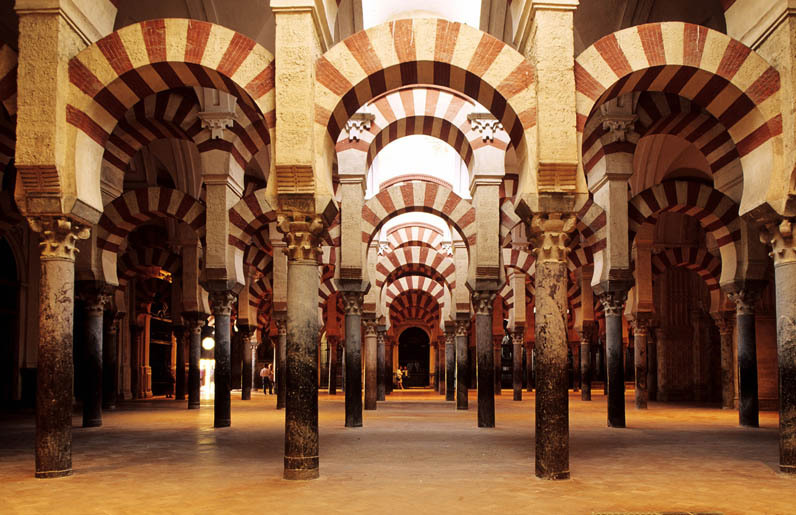 Oh, sacred site of Córdoba, you exist because of Ishq,

Ishq is the eternal being, which does not come and go.

Your foundations are longstanding, your columns cannot be counted,

Your beauty, your might speaks of the man that built you guided by God.

The Great Mosque of Cordoba also known as the Mezquita of Cordoba is one of the most splendid samples of Islamic architecture to be found in all of Andalusia (modern day Spain). It features artistic flair, and lustrous decoration, the mosque-cathedral flaunts detailed carvings, mosaics and usage of multi-colored marbles, jasper, porphyry, and even gold. One of the iconic highlights of the structure is the rows of beautiful columns topped with red and white horseshoe arches at the mosque.

The Great Mosque of Córdoba was constructed between 784 and 786 by order of Emir Abd al-Rahman Ad-daakhil the great Ummayyad Caliph. Under his aegis, Córdoba became a great capital rivaling Baghdad, the center of Abbasid power in the East. The Great Mosque was a testament not only to the continuance of Umayyad dominion, but also to the triumph of Islam in the westernmost reaches of the Christian world. 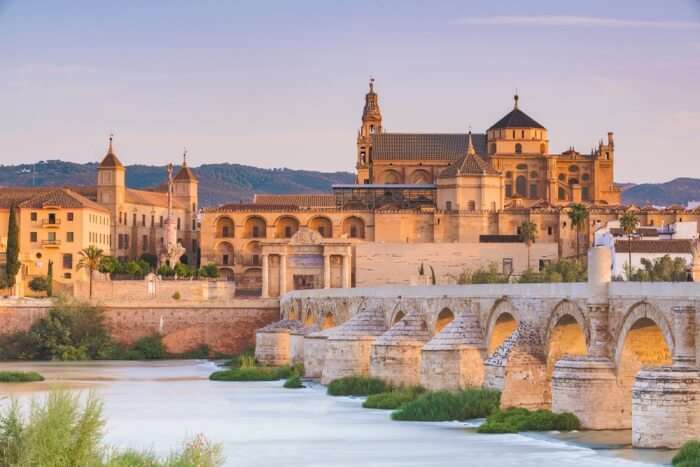 Cordoba's Mezquita is a Blend of Muslim and Christian Architecture

Called La Mezquita in Spanish, The Great Mosque began as a nearly square construction consisting of an outer-courtyard and a covered prayer hall. Its distinguishing feature - rows upon rows of columns seemed to stretch out indefinitely, creating a space that, in sharp contrast to the medieval cathedral. No aspect of the architecture demanded greater attention than any other, not even the mihrab, the embellished area that marks the direction of Mecca the Qibla to which Muslims turn while praying.

In its original form, the Great Mosque was built to hold the entire Muslim community of the city. As that community grew, so did the mosque. In the ninth and tenth centuries, the structure underwent two major expansions. Despite these extensions, the building maintained a remarkably coherent plan and aesthetic. The harmony of the space was disrupted only in the sixteenth century when an enclosed choir area was built within the mosque, which had been converted into a church when Christians reconquered Córdoba in the thirteenth century.

Today La Mezquita stands as a testament to the beauty shared between Muslim and Christian cultures.